It appears that the pages for the DeLorean Owners Directory on
dmcnews.com are down. I don't know how long they've been that way. It
was just pointed out to me today.

When I hear these running again I'll post another message. I'd like to
put the next edition out in May so I'll need your updates!

It looks to be broken. I'll look into it.

Thanks for letting me know.

From the book Stainless Steel Illusion and various automobile magazines we
know that a number of DeLoreans were used as press cars around March of
1981. The old DMCTalk had some photos of these cars being cleaned up about
that time.

I was in Detroit this past weekend and was able to view the archives of Zora
Arkus-Duntov (ZAD) as they related to his consulting work for DeLorean Motor
Company. Zora was at the factory to address issues with bump-stop on the
press cars and in his words "was appalled by the condition of the press
cars". He spent the rest of his time there before the media arrived making
the cars presentable.

He identified 82 items on the five cars, and handwritten notes on these cars
were in the files, along with his report to John dated March 19, 1981.

558 later was assigned to Legend Industries for development, but I'm
wondering if any of these cars still around in the UK/elsewhere?

Since the initial posting of this information, there are some
clarifications that should be made, and these will probably be
updated on the website when (if) Chris N. ever gets any "free"
time to make additions, changes and/or any corrections.

So a clarification (or correction) can be made to some of the
previous statements, for those who wish to "qoute" PJ Grady UK.

VIN...502 (no change), it is Production Line Car 3, and so on,
for at least the first half dozen or so production line cars.

Hopefully, this clarifies some of the recent speculations. 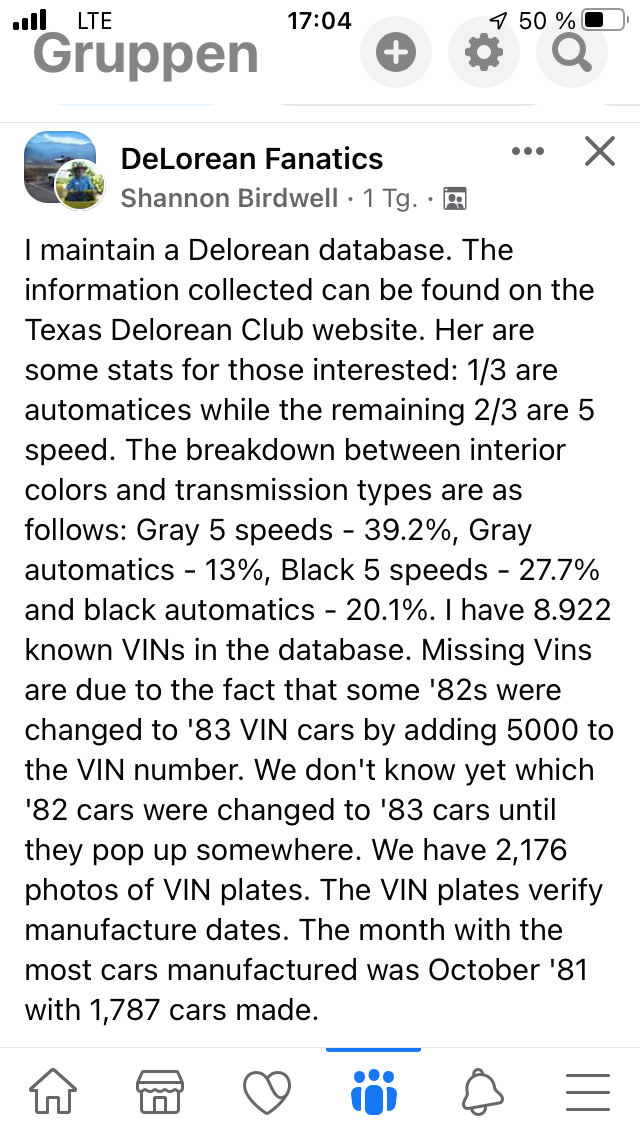